I began my 40 day journey from Singapore with my heart nearly jumping out of my chest from sheer excitement. I’ve been blessed with the opportunity to experience five days in Ukraine, a month in Spain and a week in London. I’m here in Ukraine to attend a wedding of a very close Turkish family friend named Tugrul who is to wed his lovely Ukrainian wife Anya, who have been together for nearly a decade.

The morning of the day of my flight, I had my third consecutive breakfast at the brunch place Wild Honey at The Mandarin Gallery on Orchard Road. I’m a sucker for a nice fry up but deep down the actual reasoning behind my string of visits to this particular restaurant was to see the beautiful South African front-desk lady one last time before the long journey. It was a shame that she was too busy attending to customers before I could get her number and with a hectic schedule myself, the best I could do was leave my name card at the desk and hope for the best.

While finishing up breakfast I quickly got into conversation with a British couple sitting next to me. I figured they were tourists as they were flicking through a Singaporean lonely planet travel guide. I gave them a few spots to hit up, a bit of my (limited) knowledge of history of Singapore and in return they had told me of their recent escapades around Asia. They had told me that they were newly engaged, as recently as last week, and that they had hiked up to the top of a mountain in Bali where he had “popped the question.” So I suppose it’s fair to say that love was in the air, and although Jack would be able to tell you my very uncompromising stand against the idea of marriage, it never fails to warm my heart to hear of such stories.

I hate packing bags, so to make the process somewhat easier I blasted some Bill Withers classics as I danced around the room throwing things into the suitcase. My 13 hour flight was scheduled to depart from Singapore to London at 11pm, and, after a three hour transit, a short two hour journey to the capital city Kiev of Ukraine. There on the plane I once again met another couple who had become engaged that week and found myself both elated once again at the proposal of love “forever” 😉  Love is really in the air! ITS EVERYWHERE!

I reached London Heathrow where It was quick to catch on to the very polite grumpiness of the English customs and security guards. Everyone seemed to be in some hurry and impatient at the slowness of travelers, some of which obviously struggled to understand the officials’ English. Even the British Airways flight crew left a bad taste in my mouth as I witnessed the poor handling of woman by a male flight attendant and her request to change seats. When his eyes met my angry gaze, he quickly simmered down and became very nice all of a sudden. However, I’m a positive person so I made sure not to dwell on these experiences and focused on the excitement of soon arriving at the city of Kiev, a country where I have never been before.

I landed at the Kiev airport and was greeted nicely by the immigration staff, then welcomed by a man holding a sign with my name on it at the arrival halls. He didn’t speak any English at all but was warm in his smile and almost gigantic in stature. It was a 30 minute journey to the hotel and to make up for the communication barrier I gestured for him to turn on the radio. “Wiggle” by Jason Derulo played on and we both started singing and bobbing our heads – I suppose cheesy pop music has a way of connecting people of various nationalities, interestingly enough.

We arrived at the hotel where there was a quiet reception of hotel staff, who weren’t overly welcoming but at the same time friendly enough to smile and take my bags to my room. It was then that I realized an interesting culture difference between the British and Ukrainians. I would tell the groom of my observation later, “it seems like British people are polite and mannerly when in reality they despise you, and Ukrainians seem cold and unfriendly when in truth they like and respect you.” He agreed wholeheartedly, having lived in the London for 20 years himself and spent many holidays in Ukraine, one of his favorite countries.

Surrounding the grounds is a river, some beautiful rooms filled with paintings and fine wooden art

The hotel is named 1812 and I’m not entirely sure of its exact whereabouts (all the road signs are written in Ukrainian) but it isn’t hard to see why they chose this majestic place for their wedding (see photos). Surrounding the grounds is a river, some beautiful rooms filled with paintings and fine wooden art, and a serenity that you can’t get enough of. They have a number of beautiful spas of different traditions, namely Japanese, Turkish and Russian, fully equipped with saunas (infrared and dry) as well as steam rooms and some kind of cold-chamber I had never seen before.

The beautiful blonde reception girl, Ossana who gave me the very detailed tour told me it was meant to be healthy. She then showed me a “beauty spa” as an alternative to the other spas more designed for relaxation and recommended that I try it, to which I jokingly replied, “Am I not beautiful enough already?” She laughed and said “no, no you’re very handsome.” That’s better 😉 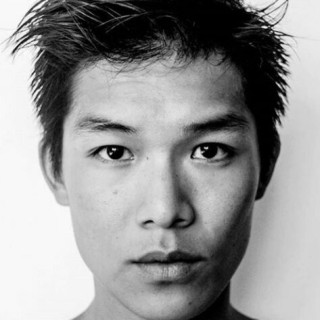